Active learning ideas - what can I do to make my lessons more active?

When I speak to primary school teachers around the country, they've set up their classroom, introduced the whole concept of getting active, prepared for any behaviour issues – but they worry about what things they can actually do to start getting them active?

In this blog, I’m going to focus on some great ideas for you with some really cool things to do from this.  The video is the best way to understand this section as it covers examples of the approaches I’m going to talk about.

So, let Gaye and I take you through some really great ideas to help you get your children active. 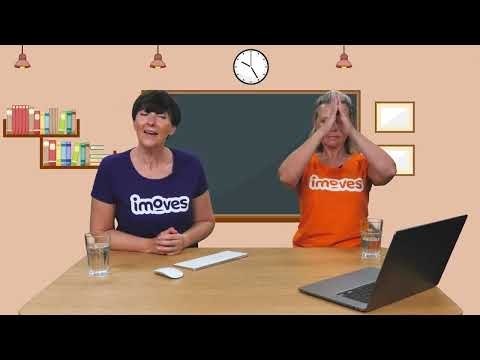 Active learning ideas - what can I do to make my lessons more active?

We’ve set up our classroom, introduced the whole concept of getting active, prepared for any behaviour issues – but what things can I actually do to start getting them active?

In this blog, I’m going to focus on some great ideas for you, if you’re used to doing this already then hopefully, you’ll just take some really cool things to do from this.  The video is the best way to understand this section as it covers examples of the approaches I’m going to talk about.

There are two areas to active learning, and that's your active lessons and then there's the brain breaks or what I like to call active blasts, which you literally can slot in anytime and anyplace.

In a brain break or active blasts; if you see you've got a room full of kids that are feeling sluggish, and you start to see a dip with their behaviour, then you know to slip in a quick active blast so you can refresh everybody and then get back down to business.

Whereas an active lesson is much more, this is activity integrated as part of the lesson.  You still have the same lesson outcome; it’s just taught in a more active way.  This might include really low-level activity such as getting the pupils to collect data from around the room rather than just being handed to them on their desk.  So let me take you through.

I'm just going to say, it's a lesson you would be teaching already, but we're going to give you some ideas on how to make that active rather than a sedentary lesson.  So one pain point I hear a lot is, ‘how can I get my classroom active without any chaos and getting the kids to actually calm down after we've been a bit more active?’.

Let's start with our teaching approaches.

The first approach is the easiest one, which is a plug and play video for the interactive whiteboard or screen.

You literally put a movie on which is between maybe two to 10 minutes long.  You should be able to do them around children's tables and chairs in the classroom, or maybe in a clear area of the classroom, and it's all about taking them from feeling a bit sluggish to really refreshing them so they are focused and ready to learn.

It also gives you an opportunity, while the kids have been busy and active, to take a second out to maybe prepare for the next part of the day or deal with an issue that's happened.

A second approach is called ‘Top and Tail’, which is simply doing something at the beginning and end of a piece of work or lesson to celebrate.  This could be an active blast, where you integrate key points from the lesson into the active blast.

Another example you can ‘top and tail’ is using a circuit style approach where they're following a set of circuit cards placed around the room.  These could be exercises such as a mix of jumping jacks or high knees, or you might want to do different styles of congratulations, such as high fives.  The cards say what and for how long they should do the particular activity.

A third approach are the Choose Between games. One example of the ‘choose between’ game is where the children have jump up or crouch down depending upon the choice (it doesn’t have to be up or down, it could anything, as long as there is a choice of actions.  As an example, you could choose between ‘Is it true, or is it false?’ or ‘Is it high, or is it low?’.

These are really, really simple and you can just slot them in with your usual teaching approaches without any fuss at all.

A fourth approach is using word action games, which are really, really easy to do and can be used with any activity.

An example for younger children is for use with literacy and numeracy where you have the numbers 1 to 10 and the children will be in little groups, pairs, or even on their own, will spell the number.  They'll write down the spelling and then they'll have to do a movement that is relevant to that number. So, for instance, a number one, they might stand up tall, they'll have arms in the air they'll be balancing on their tiptoes and they'll be stretching their bodies. And once everybody's in that position, you know, it's time to move on to the next number.

Let's have a look at number two; the teams would spell out the number and then their movement might be with a partner, using their body parts to join up for example with knees, a hands, feet or heads.  When they’ve done this, you can be one, two, three, four, five, six right up to number ten. And it's a really nice active way to get them learning and just practising their spelling and practising their numbers.

Another word action game is all about adverbs and we call it ‘agile adverbs’. We have a set of actions and a set of adverbs and you would choose one action and one adverb and then do that action in the way of the adverb.  As an example, you can ask them to ‘run on the spot gracefully’; or ‘running on the spot determinedly’.  You can absolutely mix and match any of the adverbs with the actions.

It's really nice to use it at the end of the lesson to see who's understood what you've been teaching and just a really nice way to, to show their answers rather than just writing them down on it on a piece of paper while they're seated.

We use music and drama to push the point home, as it were.  We get the children into 2 groups, one is positive and the other negative; if they're a positive force, they will skip around the room, happily being super positive and energised.  If they're a negative force, they're going to be grumpy and stomping around, with a grumpy face and they're not very happy with anything.

Using a good music mix, the children have got about 30 seconds to stomp around, or be super happy. And when the music kind of stops they have to choose the person next to them, and if they're a positive force with a negative force, they will attract, so they're really happy to be together. If it's positive with positive, or negative with negative, they repel and jump apart.

A circuit card idea is where you have different cards around the classroom wall and the children move around and do the different activities on each card.   It’s best if the children are in small groups about three or four, depending on how many you've got in your class. As they move around the room, give them a couple of minutes at each station and you can have a timer or you can ring a bell to tell them when it's time to change.

Hopefully these are just some simple ideas for you to use in your classroom.  There’s more detail on the video itself and you can see the ideas in action.

The key is to get your children active as part of the lesson.  This may be using an active blast or activity cards as a rest from the lesson, or integrated into the lesson where you’re using activity to emphasise the key learning points you want to make.