How can I use structured play to get my primary class more active?

When we speak to primary school teachers around the country, one of the things many of them talk about is how they could use structured play such as at break times or lunch to get them active.  Some of the children are great at unstructured play, but it can lead to a stereotypical situation where the boys take up the playground with a football and a few girls doing something around the edge.

The question is how to make sure everybody has an opportunity to be active and also doing something they enjoy doing as well.  Stopping the boys playing football surely isn't what we want to do, just because it isn't the 'right' kind of activity?  I like to see a mix of unstructured and structured play so you know everybody is getting an opportunity to be active, building confidence and not feeling pushed out, whilst still enjoying activity - the most important point of all!

So, let Gaye and Imogen take you through some really great tips on using structured play to get your children active. 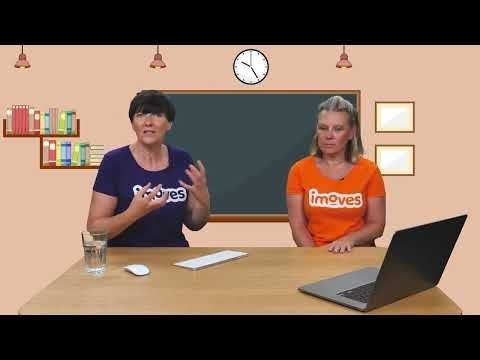 Watch the short video to find some great quick hints and tips on how to make sure all the children are enjoying a mix of activities that are fun and build the children’s confidence from structured play in primary school.

How can I use structured play in my primary school class to get the children more active?

Quite often we leave children to play and create their own games and activities in an unstructured way. This is absolutely fantastic and we don’t believe this unstructured play should be limited. However, it can also mean that some children aren’t participating or feel left out, particularly if they don’t feel confident in being active.  How can we ensure that everybody is enjoying a mix of activities that are fun and build the children’s confidence?  That’s why we believe that a mix of unstructured and structured play is a great way to make sure everybody is involved.

We work with schools all over the country and here are some of the great ideas we see being used.

One of the things that I'd like to share with you today, one of our PE leads, who we work with, introduced wheelie clubs into his school and they just took off so well. All it was designed to do was encourage the kids to come with anything with wheels, whether that was on bikes, scooters, roller skates, you name it. The PE lead created little ramps and obstacles in their playground, put some banging tunes on, and the kids just went wild for 50 minutes before school, at lunchtime and after-school.

A particularly important aspect was that it wasn’t competitive.  It was designed just to be fun. They were using the ramps and obstacles, helping each other figure out different ways of doing them.  Don’t get me wrong, I’m all for competition, but I believe we need to mix it up.  If we are making some things competitive, that really works for some children but turns others off activity altogether, and at the other end of the scale, if everything is non-competitive then the opposite happens.  It’s the mix and variety of opportunities which are key.

Equipment can often be a problem, in England the PESS funding can really help with this, but everywhere will have charities or maybe the local council will help support with provision. There are some areas that I know of where the local council where they will lend out bikes and scooters to schools, sometimes for a term and sometimes for a whole year.  The school doesn’t pay for the equipment but it allows you the space to get a club up and running for nothing and it's just a super way to get all the kids involved.

There are lots of different ways that we can get the kids to be active in the available space.  So, let's have a look at how we create zones in a playground.  Another school we work with had a very dull concrete playground which they have transformed by adding a series of zones where the children can do different activities.   Using simple lines on the floor, they’ve created a simple running track around the edge of the playground.  In addition, they’ve created random lines for the children to follow. Another zone they’ve created is a ball sport zone.

We all know many children who love ball sports, especially football which is great but can take over the whole playground.  By creating a specific zone, it allows the football to continue but provides space for other activities as well.

They have a dance zone which is slightly raised and it's got a little boogie box on there. And, you know, just props and things like that, which is really nice.

They have also created a circuit centre zone, which is they might have some weights, exercise bands, skipping ropes and other equipment for the children to use.  They come with coaching point cards which can be stuck up around the equipment / playground.

The zones can provide the inspiration for the children to try different activities and it doesn’t become the cliched boys taking over with a football and then a few girls with a skipping rope, which I still see to this day.

One group who I think are really important in all this are the break-time supervisors, making sure they’re on board as well.  It’s really easy to buy in equipment or make these changes and forget about the people who will be in the playground every day.  I would recommend getting their buy-in and then input from the very start.  If they understand the idea is for the children, and with that as many of the children as possible to be active, for a good amount of time and the benefits it brings to the children for their overall development, it becomes something they will get enthusiastic about and really energises their role.

The simplest thing to do is to make sure they understand why it’s being done, and what the different zones are meant to do.  You can then introduce activities they can lead with the children, especially those children who can be left out or don’t feel confident.  A quick search online brings up lots of free ideas as well as paid resources which the supervisors can use time and time again.