How can I manage behaviour during an active lesson?

When I speak to primary school teachers around the country, one of the things which puts many off getting the children more active is the fear it will lead to poor behaviour and, in short, chaos!

Anything new is always daunting, but the benefits of getting the children active if managed well needn't be difficult, and will actually lead to a more focused, happier learning environment for the children in your class.

In turn, for you as the teacher, the children will actually become better behaved and more engaged with what you're teaching - so a better environment for you too!

So, let Gaye and I take you through some really good tips which we've used and seen used many, many times to get children active without any stress for you. 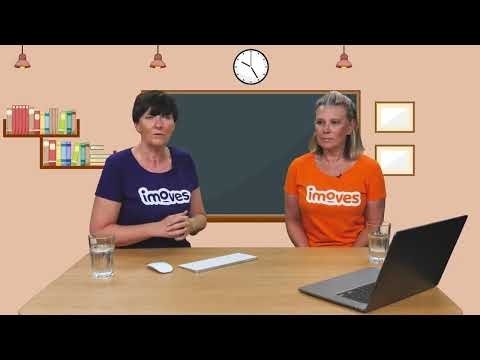 I don’t know about you, but whenever I’m trying anything new in the classroom, there is a possibility that the children might get a little hyperactive and a bit out of hand.

When I speak to teachers around the country, many feel uncertain about how the children will react to something that is active; getting them up and out of their chairs, when we’re often trying to get them to sit down in their chairs!

But don't worry, because what you will find that by setting expectations as you would at any time and then managing the transition will actually lead to a more focused and better-behaved class, where getting up and being active becomes the norm.

A key part of this transition is what I like to call the ‘bad behaviour hump’ and I’m going to talk about that in some detail later.

When introducing anything new, we’re taught from day 1 in teacher training about setting expectations for the children and this is exactly the same.  I start by asking them questions around how they feel when they’ve been sat down for a while or when they’ve been at their desk for a long time.  Then I get them to think why it might be important for us to be active and what benefits they think they may see or feel.  I always try to make sure they’ll know it’ll be fun and it’s all about just getting active.  I might do a lesson specifically about why activity is important and how it helps us through the day.

This should lead them to understand why it’s important to be active and then for them to want to do it.  Then I introduce what the day will look like and the fact that at certain times we’re going to try something new.

I introduce what is going to happen when, for example telling them the first thing we will do is we are going to be active in the mornings when we come in.  Then later in the morning we’ll do a brain break such as a brain break or an active blast which will be fun and will re-energise us all.  During the day, we’ll find some time to move around and make our lessons more active and then finally we might do another brain break just before we leave to go home.

They understand why it's happening and when, which means there are no surprises. I know a school we work with very closely have a visual timetable on their wall with clearly demarcated areas.  The children are able to understand when they are going to be active, and know it's coming because it says it’s straight after lunch, and they actually really look forward to it.

It’s a great reminder as well for myself as if we don't do it, they'll be, “why aren’t we doing our active blast?”.

As part of this, I always explain how they might feel, again no surprises for the children, so they know how they will feel during the activity and after the activity. If the kids aren't used to being active and then suddenly, they start to get really hot and out of breath, they may not understand what is happening and some may even feel a little embarrassed.

So, I explain that they may get hot and they may even get a little sweaty sometimes, and the fact that's absolutely normal.  I then explain that that more we are active, the more we get hotter and sweatier, then the more your body will get used to it and it'll just feel completely normal.

If you find that doesn't happen, you can just reiterate your expectations we can be active during lesson and have lots of fun doing it but then we take our time to calm ourselves and get back into learning mode.

At first, it may feel like getting the children up and active may be slightly chaotic, but that’s partly the children getting used to it and partly you feeling comfortable with it.

I find a lot of teachers are able to ride out this ‘bad behaviour hump’ by setting the right expectations which we’ve talked about already.  Sometimes, children will see at as a green light to go crazy, causing disruption and just getting too chaotic

So, I would say just build it slowly. Maybe trying something like introducing a single activity across the day before increasing the occasions the class is active.  It could be you choose a specific day.  I’ve seen a few schools using a ‘no chairs Tuesday’ approach, but if the class is too chaotic for your comfort, then just try this for a short period of time, say for a lesson, before increasing the time over a period of weeks.

Building slowly, letting the children get used to these ideas bit by bit, and try and normalize activity in the classroom setting.  I’ve always found in just a few days the children settle down, especially when they know it's not a one-off thing which we only might do it for a week and then we're forgetting about it.

My advice would be if you do experience a little bit of a bad behaviour hump, then just power through setting and reiterating your expectations, and within two or three days you'll find that it will just flatten out as being active becomes the norm.

All of a sudden, you’ll see the class becoming more focused and that behaviour actually improves for the whole time during the day.  The children are more ready to learn and are more ready to be active, and see it as a fun, energising part of their day which they look forward to.