How can I get my head teacher on board in becoming a more active school?

When I speak to primary school teachers around the country, I often hear about how difficult it is to get head teachers, senior leadership, and colleagues on board when it comes to building the health and wellbeing of the children through activity.  It's not surprising with many schools faced with so many competing priorities.

However, getting the kids active every day isn't an additional thing to do, but is a core activity which will support every other area of the school; whether that's improving behaviour, supporting wellbeing, or developing academic performance.

It is tough, but I always point out that actually getting the children more active throughout the day needn't be difficult, and will actually lead to a more focused, happier learning environment for the children in your class and across the school.

In turn, for you as part of the teaching staff, the children will be better behaved and more engaged with what you're teaching - so a better environment for the staff too!

So, I've asked our newest team member and current teacher, Ryan, to help with some of the things he's seen work in different schools.  An experienced teacher, you'll recognise Ryan from his work on both BBC Bitesize and BBC Supermovers.

Scroll down to find a short video and supporting text to help you begin to find ideas to get your school on board - starting with your own classroom. 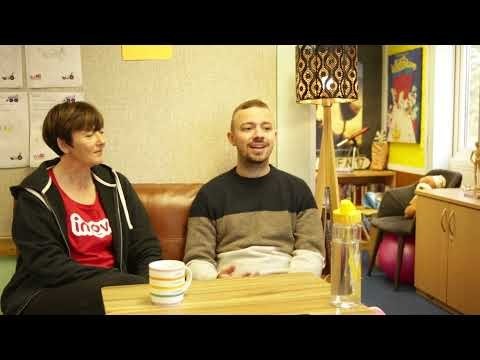 Watch the short video to find some great quick hints and tips on how you can roll out a more active school, not by decree, but by showing how an active school can benefit not only the children but also the staff as well!

How can I get my SLT on board in becoming a more active school?

Lots of teachers ask me how to get their senior leadership team on board when we're talking about becoming more active in the school.  And it's a really, really good question because there can be a lot of barriers there sometimes, but here's a few tips here that we think that will really help you to transform your school.

Schools are recognising more and more the need to get kids active as it helps with not just their fitness levels, but also their mental wellbeing.  In addition, it also helps with classroom management and ultimately academic performance as the children are more focused in the rest of the lesson, will be better behaved, and more ready to learn.

In 2017, a meta study of 10,000 children across 11 countries showed that the best results are gained when combining high quality PE with Active Learning throughout the day. It showed that attainment could be boosted by an additional year! That focus and behaviour improved by an additional 15 minutes per class, and those children were happier and healthier, overall. (Ref: Alvarez-Bueno, Celia; Universidad de Castilla-La Mancha et al, Pediatrics, 2017)

What we have found in the schools that we work with is that when you're spouting statistics in a study that's been done, it doesn't have any impact.

But when you've got little Johnny who is usually the one at the back of the room causing all the chaos and he suddenly is at the front and wanting to be involved, then that’s the most powerful.  That's your win.

First of all, we just need to make sure that we're taking baby steps and not trying to get everybody on the bus straightaway, because that won't happen. A lot of the time at schools might take two to three years to get fully on the bus.

It all starts with the teachers, doesn't it? That one teacher who's making the difference in their classroom so someone like Ryan might just start to create an active classroom and the teachers then start to see what great results Ryan is having.

Then, they can then start to do it and it just starts to build and build and build, I find that getting these ambassadors going rather than getting everybody doing it from the off is a far more effective way of introducing more activity into the school.  If you like, you want to be the driver of the bus, but you don't want to be the dictator within the bus.

You want to lead by example, but you don't want to be too pushy.  A lot of teachers and leadership within school may not necessarily have had a positive experience of either getting their children to be more active or the fear of them being more active themselves.

So, you need to spread the bread crumbs and slowly build your vision. But you've got to do it in a gentle way.

You can take that and say, “well, this is this has helped ABC in my classroom that were really not on board with this learning by being sat down all the time”.  And then all of a sudden, you've got your case, you've got your evidence, it's within your class or school with the kids that people know.

You try to change your class and then you're trying to help change your school. Yeah. Don't think about trying to be superhuman and do way too much.