How can I set up my classroom for active lessons with my primary school class?

When I speak to primary school teachers around the country, one of the things which puts many off getting the children more active is that there isn't much space in their classroom and what can they do about it.

There are some really simple things that every teacher can do in their classroom so they can create a safe space to be able to get the children active in the classroom.  Just a few steps lead to a happier learning environment for the children in your class.

In turn, for you as the teacher, the children will actually become better behaved and more engaged with what you're teaching - so a better environment for you too!

So, let Gaye and I take you through some really simple tips on how to lay out your classroom to make it easier to get your children active. 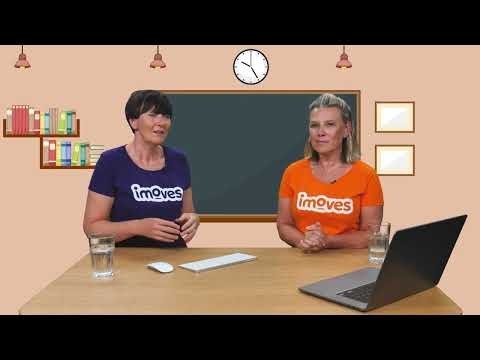 Watch the short video to find some great quick hints and tips on how to lay out your classroom when introducing activity.

Click on this link to download a summary on how you can set up your classroom for active learning.

How should I layout my primary classroom for active learning?

When a teacher is first getting their classroom more active, a question I hear a lot is that, “I haven't got space in my classroom to be more active, what can I do?”

In this blog, I’m going to give you a few simple ideas which may go a long way in answering this question.

First of all, we can think about the clutter that goes on in a classroom. So, de-clutter and get rid of what you don't need or box it up out of the way.  Classrooms are really busy places and it’s really easy for them to become cluttered.  When I say this in a group of teachers, I often get a few teachers thinking how rude I am as their classroom is pristine, and others who are a bit more sheepish, who are often thinking, ‘yes, maybe I could do something about that’ – it’s the latter ones this is for!

Secondly, think about the layout of tables and chairs and how you can start to produce more space. You might have standing desks, or standing areas, or little worker areas which can really pen up the space.

Thirdly, you might like to think about themed days. We went into one school and they had an initiative which was working really well which was called ‘No Chairs Tuesday’.   They had been running this successfully for years and when they told me, I thought it was a brilliant simple idea.

The idea was to take all the chairs out of the classroom every Tuesday.

They started with just an hour and the chairs tucked under the desks and then increased it slowly over a few weeks.  All the chairs were piled up outside in the corridor and the children came in and everything they did up until break time, they did standing in the classroom, moving around the classroom. And bit by bit, they extended that until it became the whole day.

I’ve spoken to some teachers who have said, “oh, my goodness, there's no way I could do that because I want my children to be able to sit and focus and concentrate”.  If you think about it, that’s kind of a backwards way of thinking because it's stopping the children from being active, and we know that activity is going to help them to focus and concentrate.

So do it in baby steps and if you feel like you need to introduce it slowly, then do it an hour at a time, or maybe at the beginning of the day or again at the end of the day.  But by the end of a few weeks, every Tuesday, they will have gone from, “oh, my goodness, where's my chair?” to, “that's what we do on our Tuesday”. We don't have a chair because children will adapt, that's what they do.

It makes the children really get on with their work because they know they're not going to have a seat at the end of it, they know that they're up all day. But it also really makes the teacher think on their feet as well and think, “you know, well, I've got this to do and I might as well just get on with it”.

Fourthly, what does the layout for an active classroom look like?  The first thing I’d say that it probably looks like your classroom now.  It’s just about using the space effectively, so if you have a reading area then that could also be used for an activity area as well.

A few successful layouts that we've seen working really well in some schools include the typical horseshoe shape with all the tables and chairs around the edges and some kind of activity space in the middle, that works nice nicely, especially if you got quite a large classroom.

If you've not got too much space, then having a block of tables and chairs maybe towards the front or the back, having some standing desks and a small area of activity space or sitting space, if you like. It was worked really well as zones are created within the classroom.

You'll be able to see the space that you've got, like, say, declutter, get rid of what you don't need and what you don't use very much. And just doing this, I think really makes a statement as well to your kids, doesn't it? It's kind of, oh my goodness me, this is happening. Yeah, we all do. We are going to be more active because you've changed the furniture and you know, when you kind of walk into something, something is going on here and that's a good thing.

We’ve spoken already about standing desks; some teachers may say that's an expense that we can't afford a set of standing desks for everybody.  But it doesn’t need to be a full-on standing desk, especially if they’re only standing for certain amount of time.  It could be their regular desks with a clipboard and paper, literally let's just stand away from the desk with our own clipboard and that can be used for our writing.

When we talk to teachers about their layouts, we find they often comment that if you give children the opportunity to sit or stand, some of them will just automatically want to stand up. And it's not a chore for them at all.  It's just I prefer to do this standing up or resting on something while I'm stood up, and that's fine. It's just giving them the choice.

The other thing as well I hear from teachers a lot is that handwriting will suffer because they're not sitting at a table and not resting on a table.  In fact, the opposite is true because when children are seated their core is used less and they don’t develop the motor skills, they become weaker because they are not actually supporting themselves.  Whereas when they're standing, they could be writing, drawing on a wall or on a clipboard and that core is switched on to support them, their motor skills improve.